The biogas plant project “Saumur” was developed and is operated by the French company “Saumur Energie Vertes” in cooperation with “Agriopale Service” which is acting in the field of composting. bioconstruct was chosen for the delivery and installation of the whole fermentation line technology including pretreatment and feeding of substrates, fermentation and digestate treatment. The construction of the plant was started in May 2019 and the first injection of biomethane into the gas grid has been released in September 2020. The plant is located in the industrial area of Chacé, which is part of the agglomeration of Saumur in Loire region and is surrounded with the famous vineyard of Saumur Champigny.

The input for the biogas plant is organic waste from different kind of sources like horse dung, cattle slurry, cereal crop, onion scraps and waste from different kind of industrial processes or agricultural waste. The total input amount of 23.500 t/a represents a production of 185 Nm3/h of biomethane. The produced biomethane is purified by an upgrading unit and fed into the local gas grid. A CNG station has been built in Saumur in addition to the biogas plant to provide green fuel to the customers.

The technology feature of this biogas plant is the combination of the feeding container and mixing pump with a buffer tank. This allows two different ways of feeding the biogas plant: either feeding directly into the digesters or to go through the buffer tank where a hydrolysis of substrates is achieved. At the same time the substrates in the buffer tank can be pumped to the digesters which enables an autonomy in particular for the week-end. This buffer tank is also gas tight so that eventually produced biogas won’t be lost at such stage.

The main portion of the biogas is produced in the two digesters. After the fermentation, the digestate is transported to a separation unit where the material is separated into a liquid and solid phase which furthermore can be used for fertilizing purposes in the agriculture sector again. 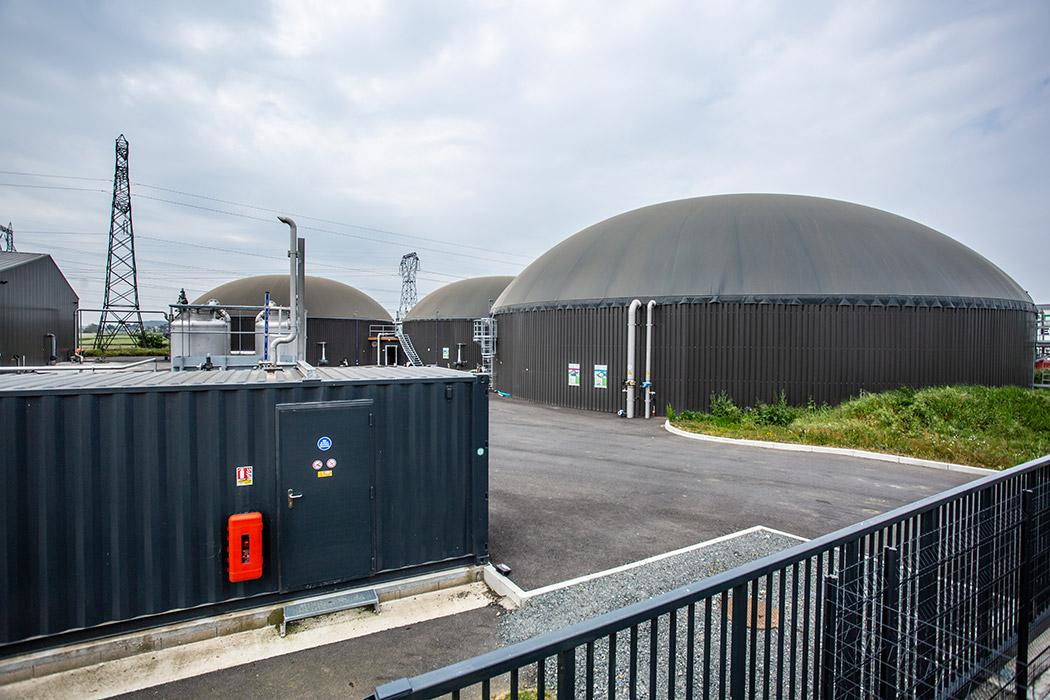 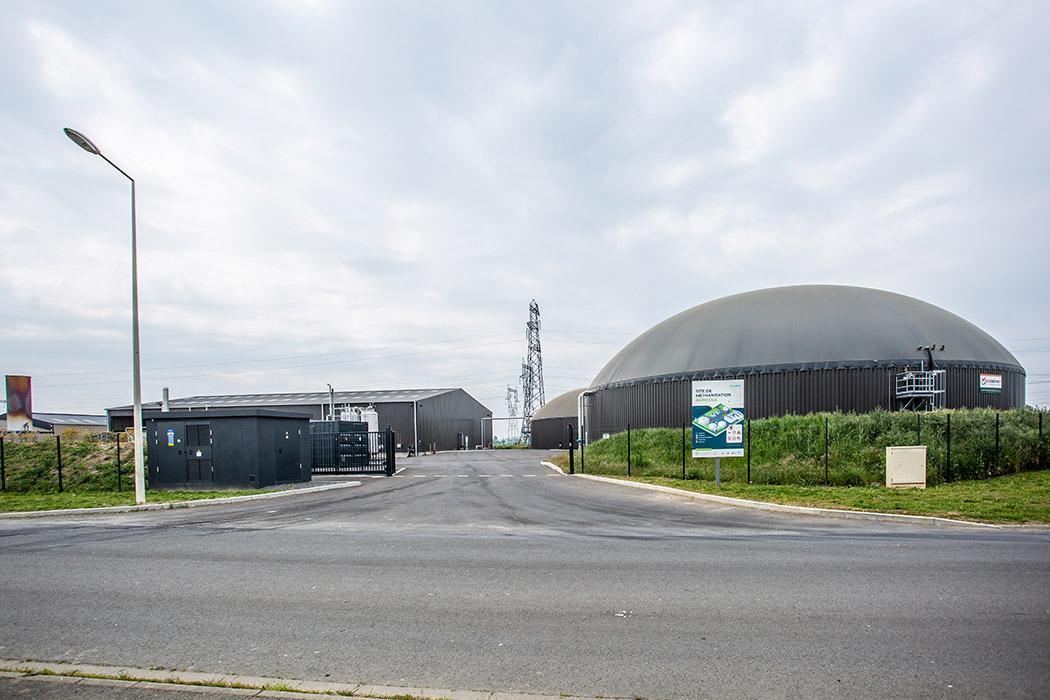 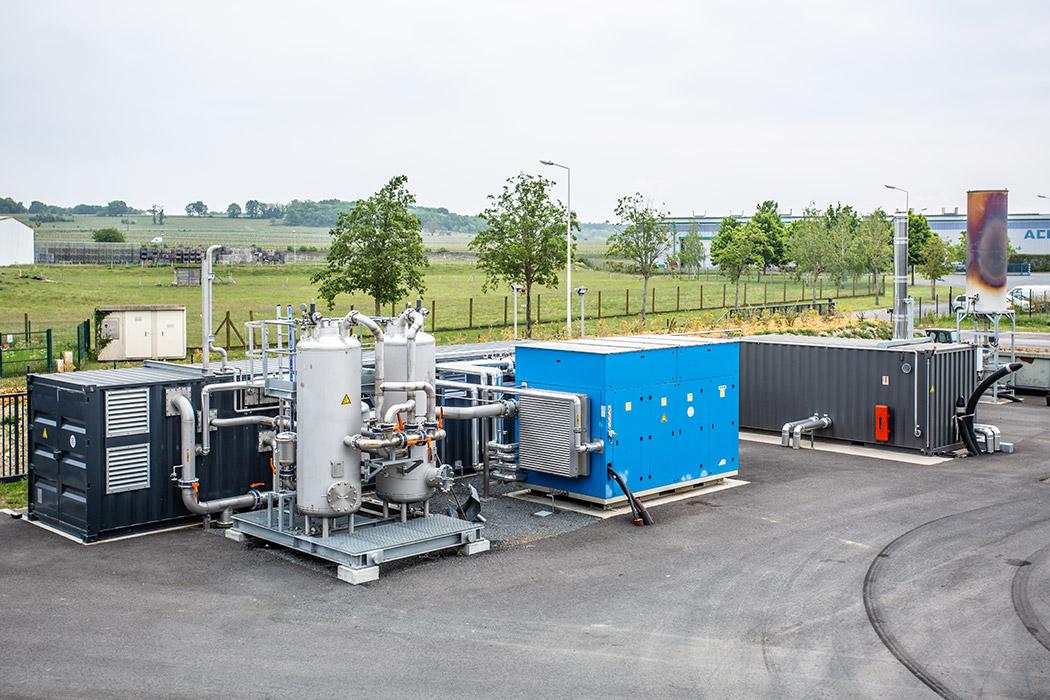 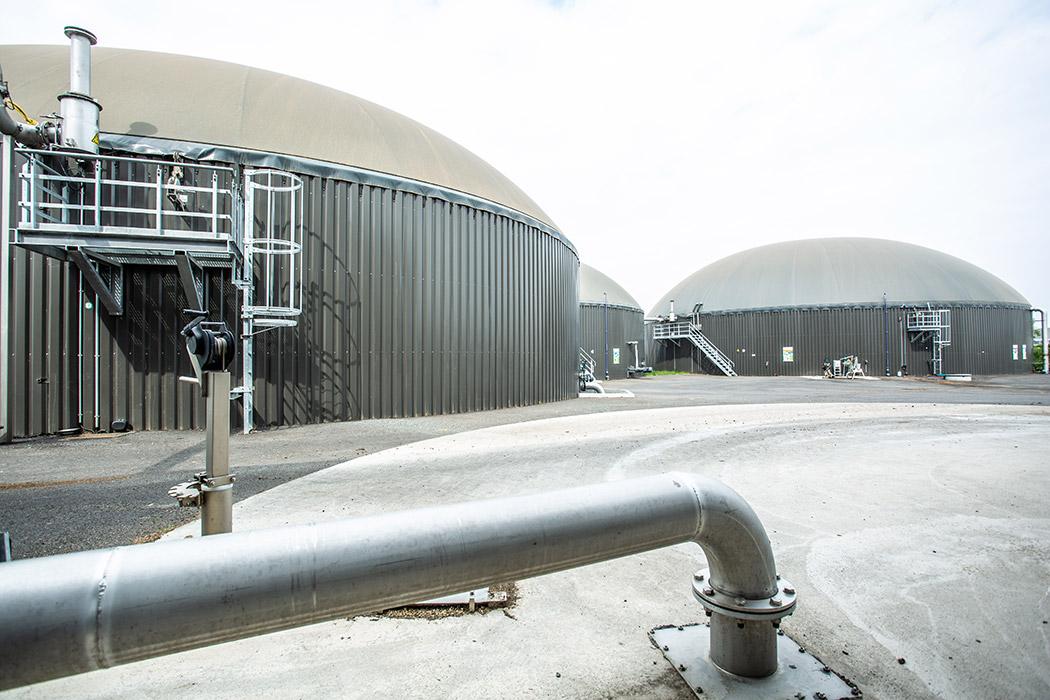 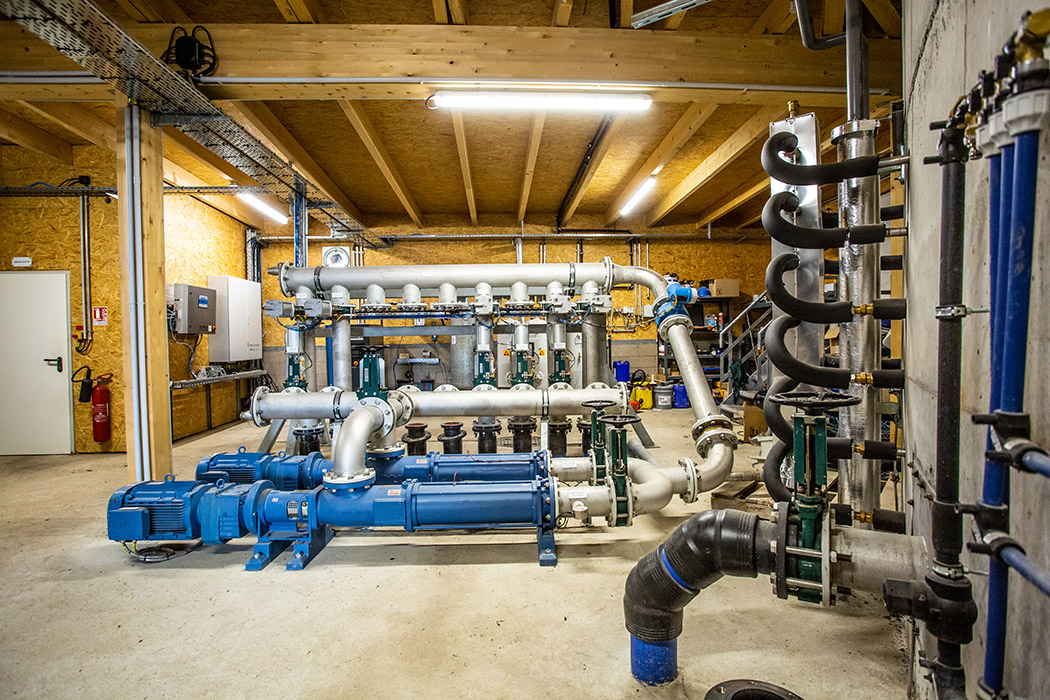 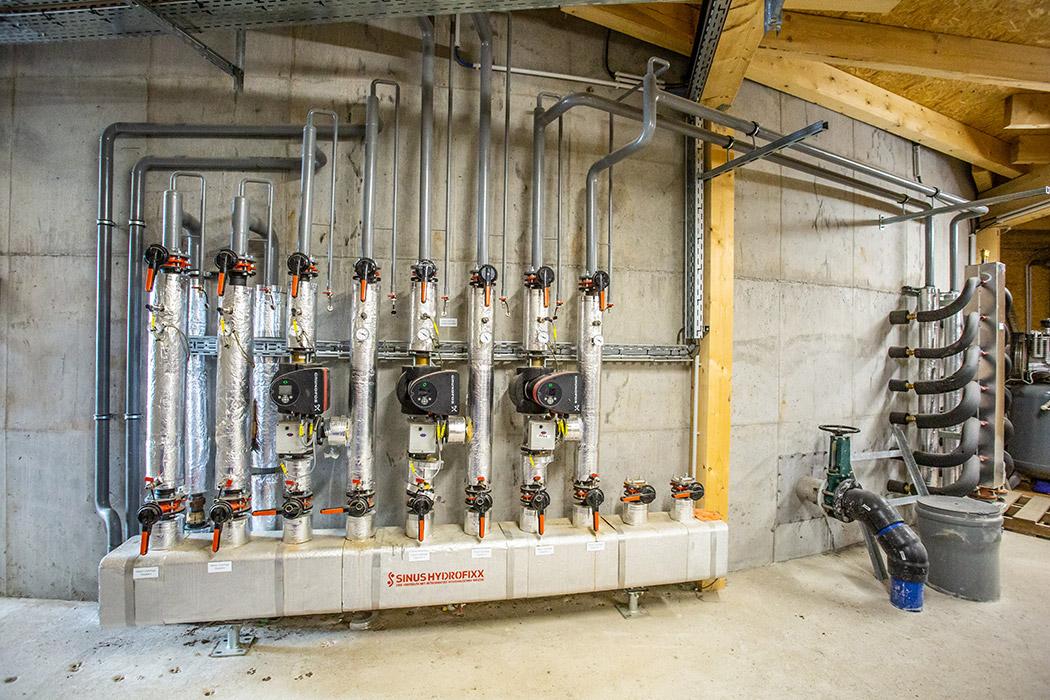 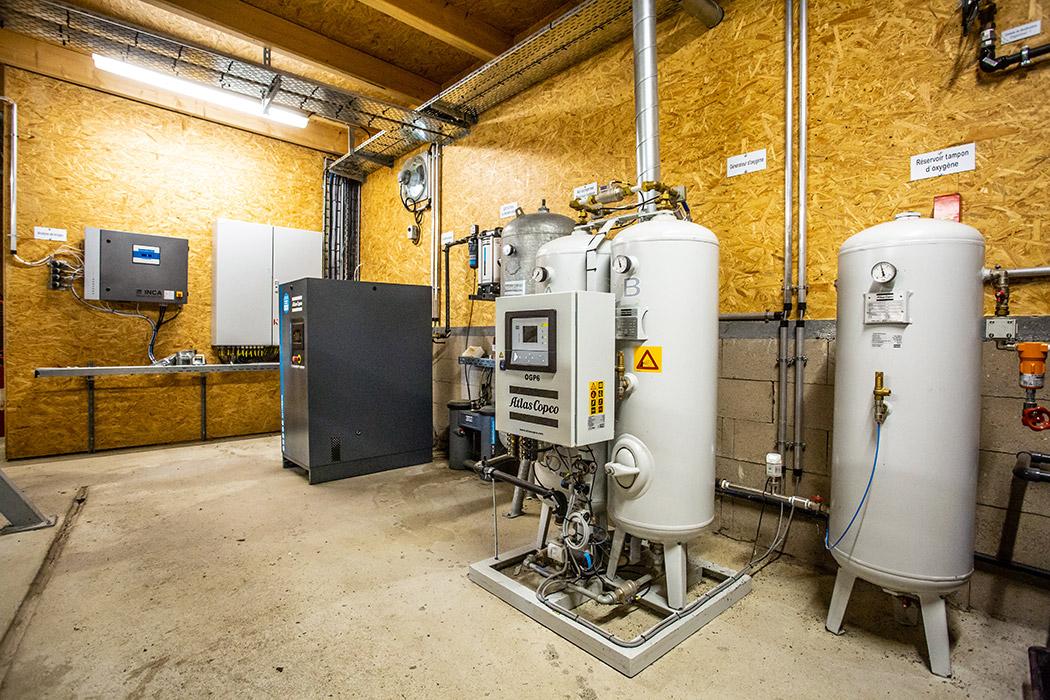 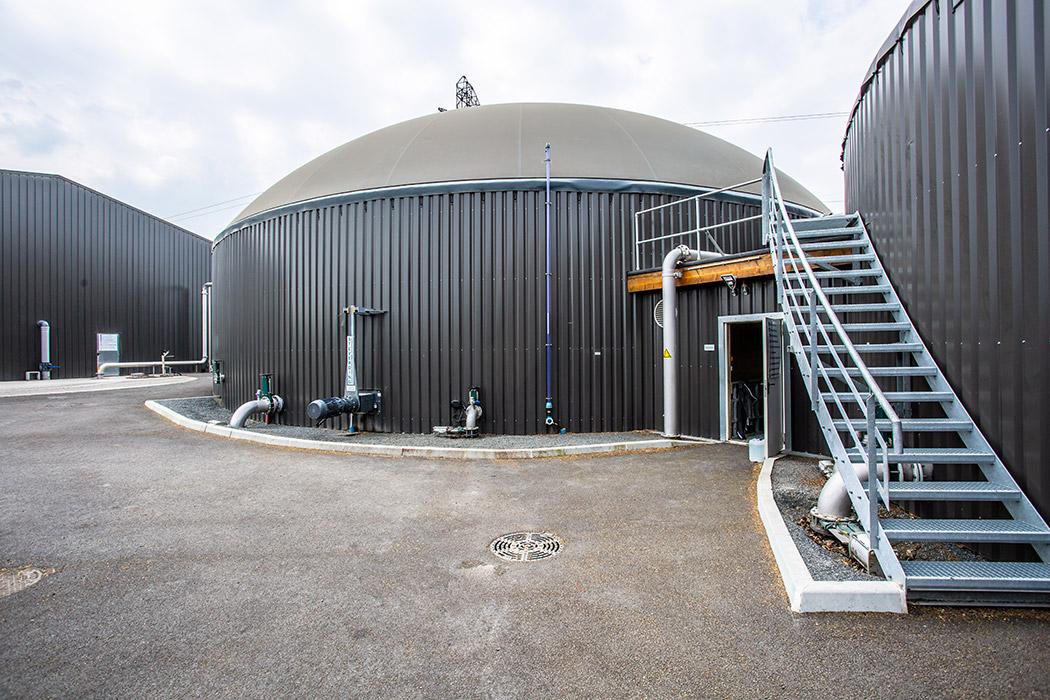 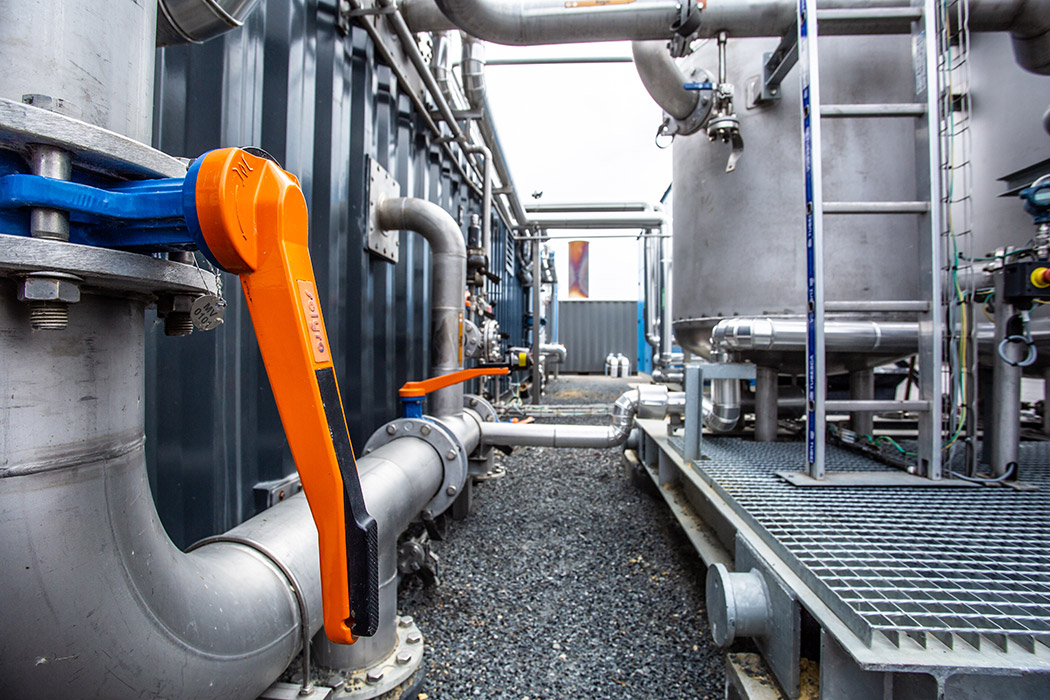 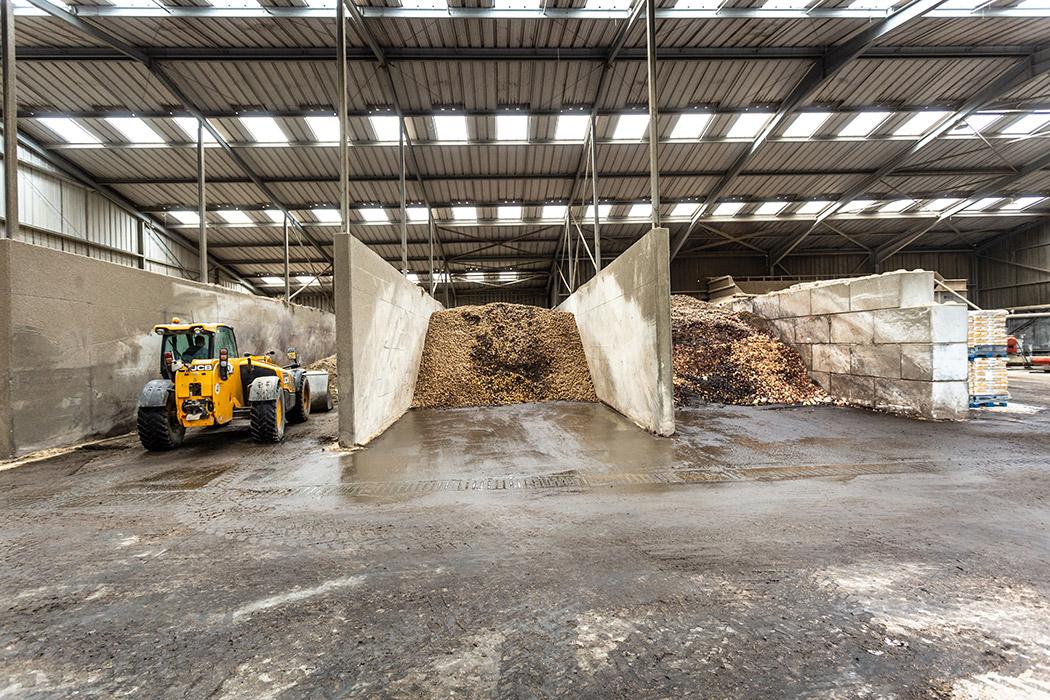 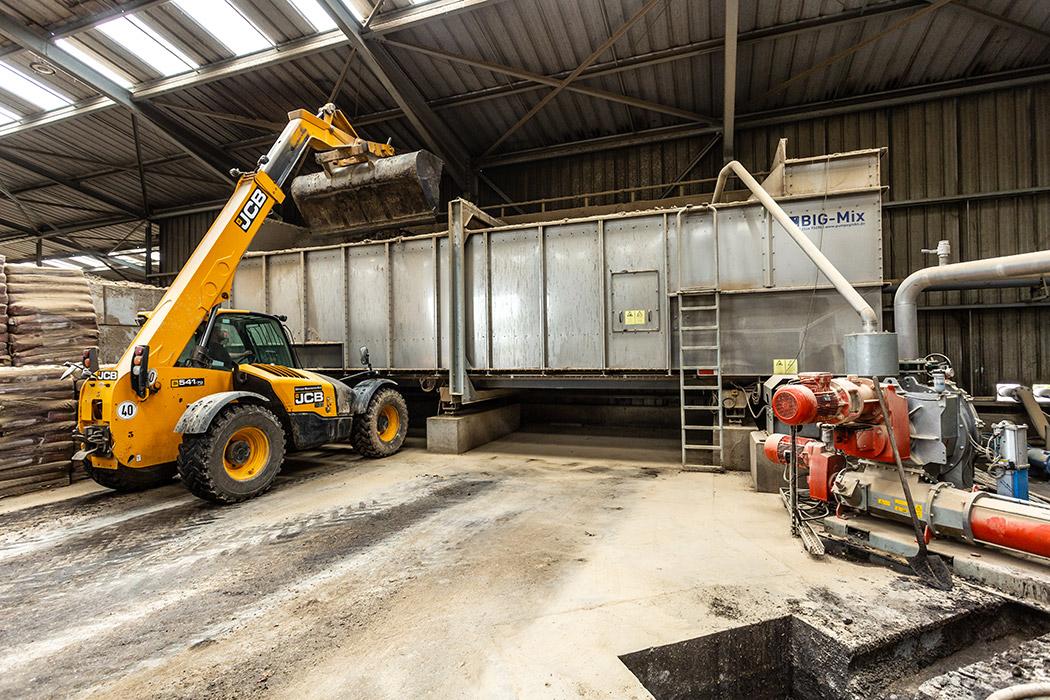 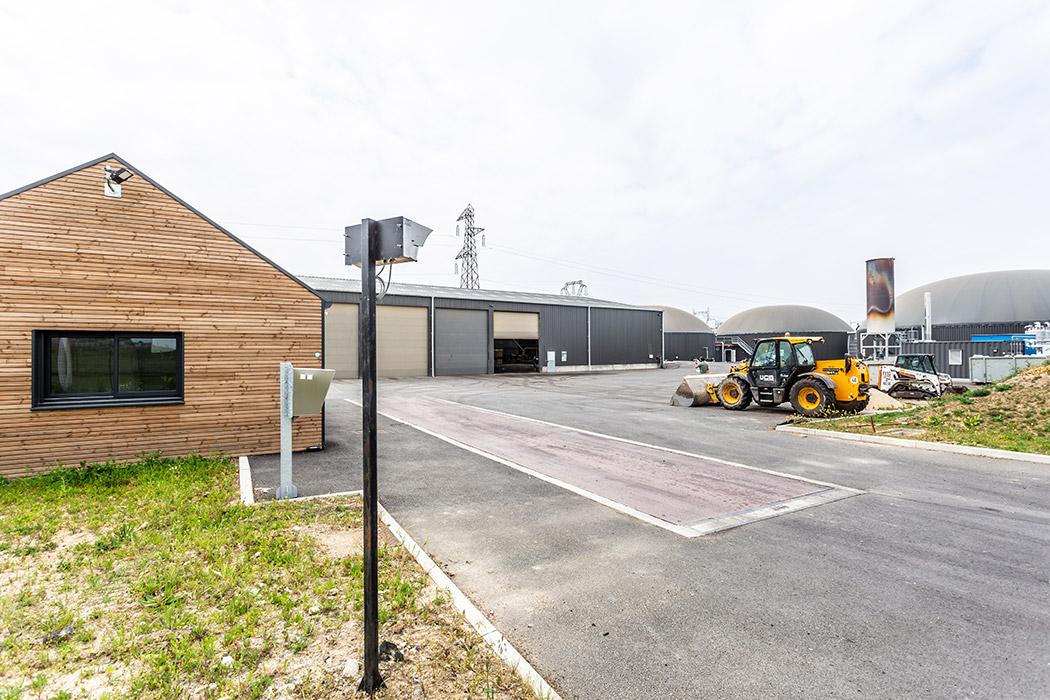 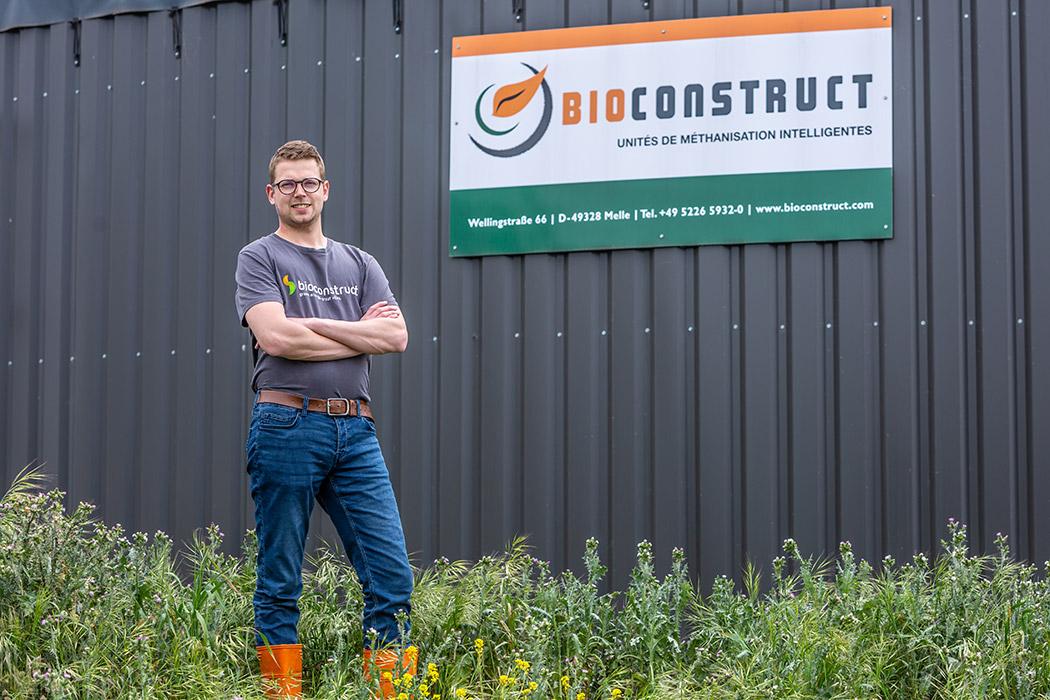 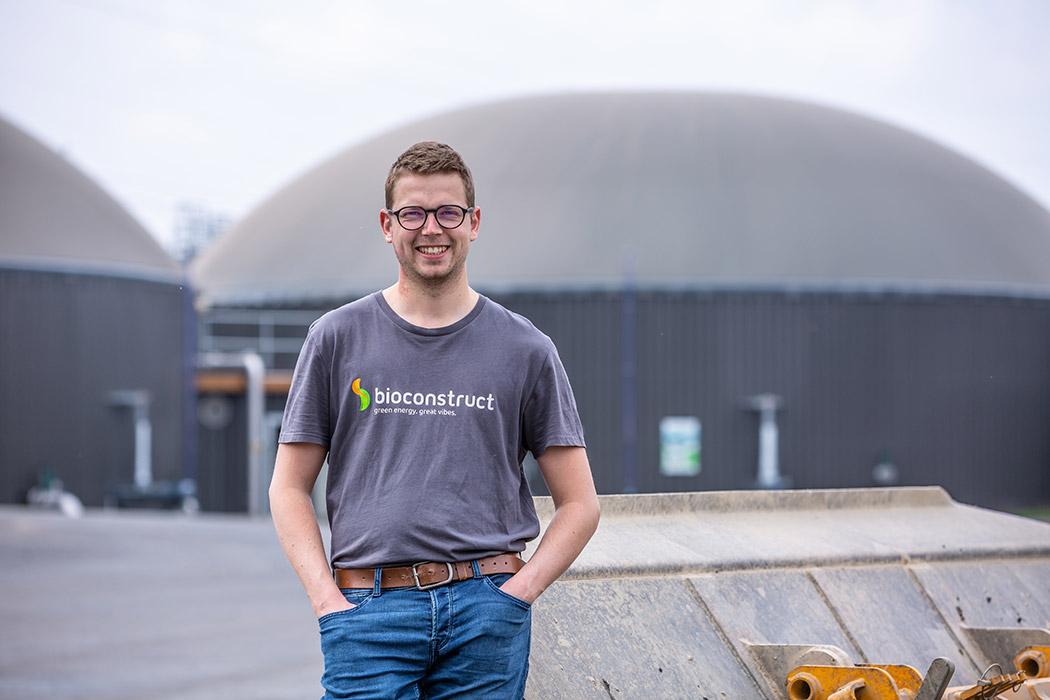 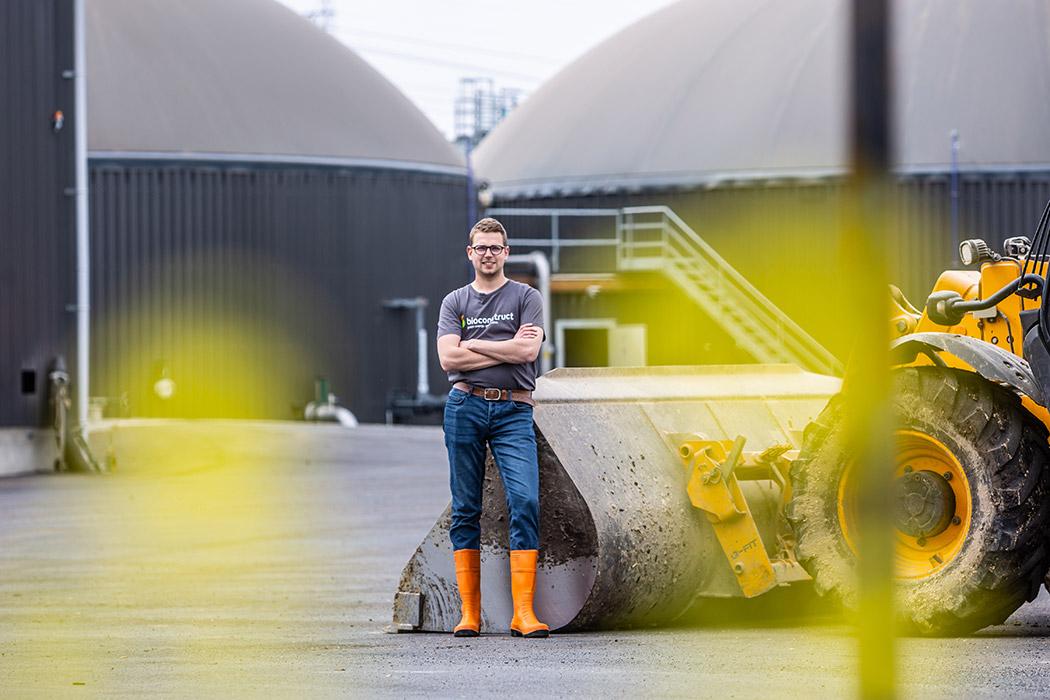 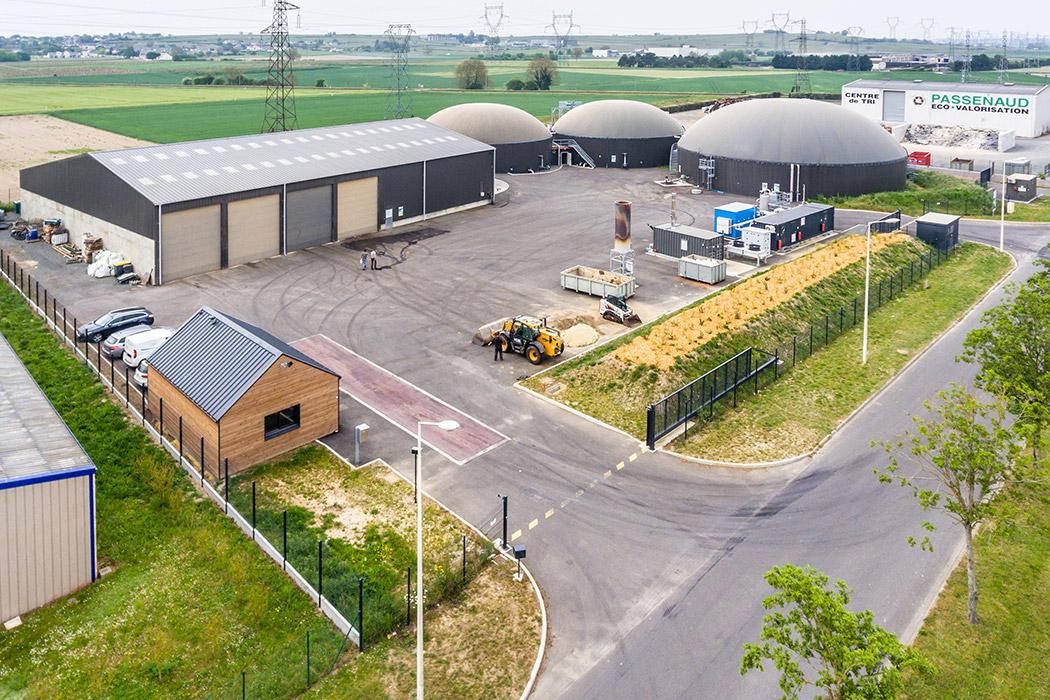 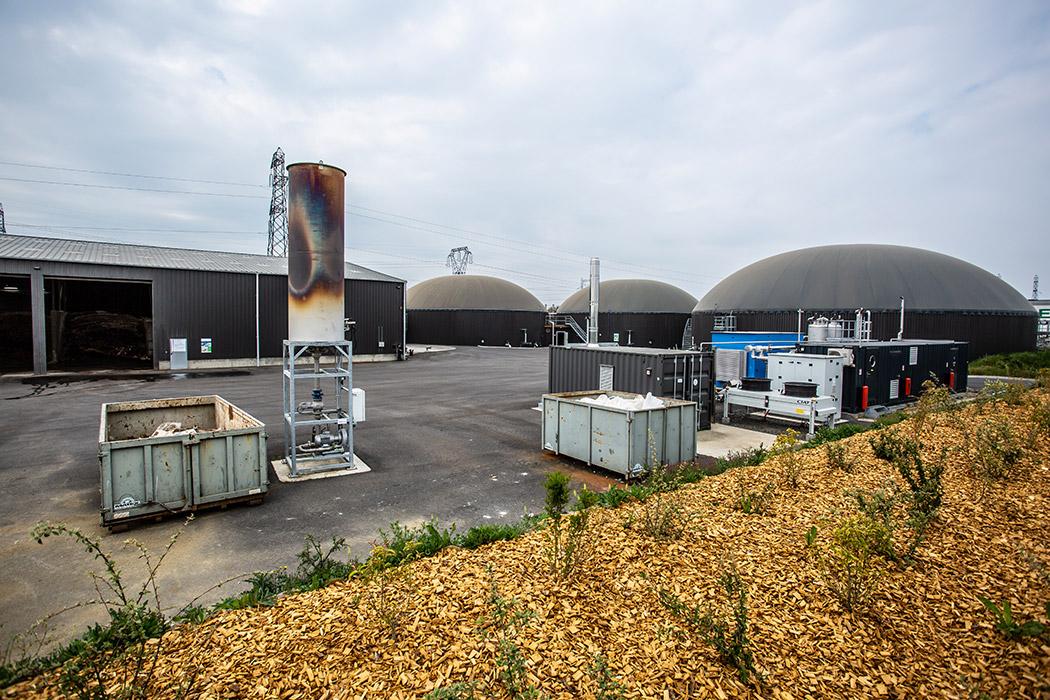 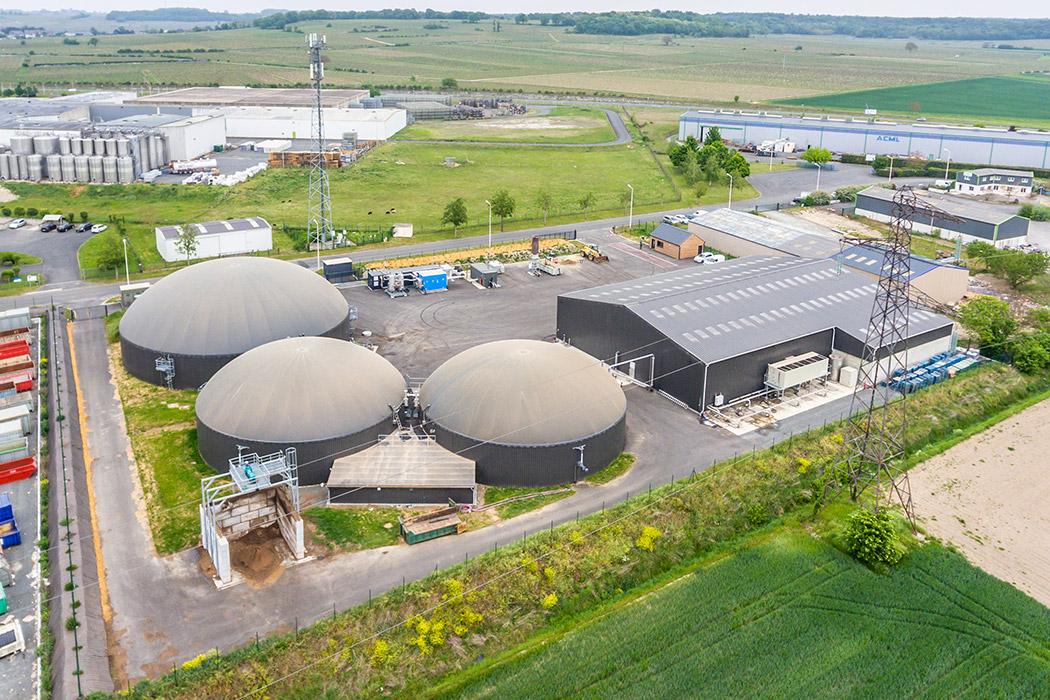 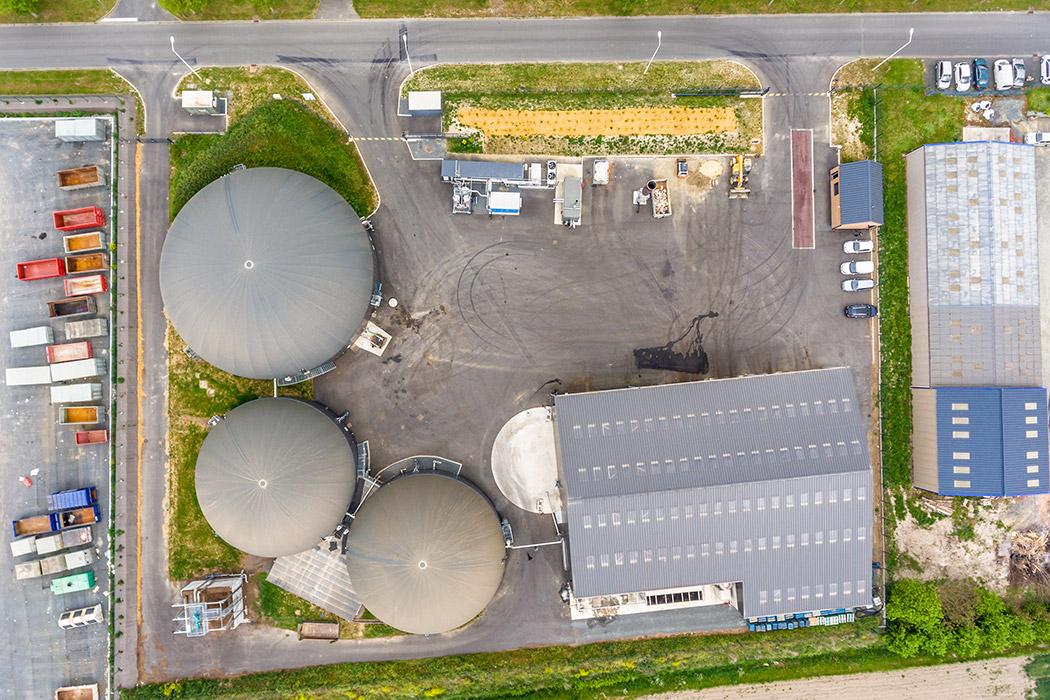 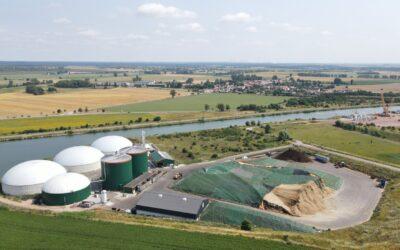 Commissioned in 2019, the biogas plant in Vahldorf, Germany is the newest of bioconstruct’s own plants. Located between the Altmark and Magdeburger Börde, it borders directly on the Mittelland Canal. The plant can reach a feed-in capacity of 700 Nm³/h of biomethane,...

END_OF_DOCUMENT_TOKEN_TO_BE_REPLACED 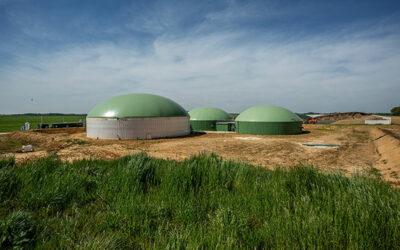 The biogas plant project "Charpentier" was developed and is operated by the French company "CPL Biogaz" especially by his managing director Baptiste Charpentier who is active in the field of agricultural production and logistics . BioConstruct was chosen for the...

END_OF_DOCUMENT_TOKEN_TO_BE_REPLACED 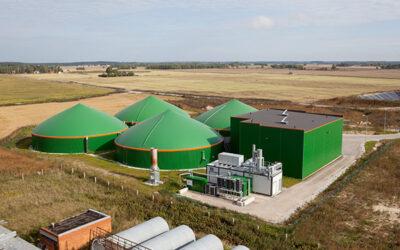 And we are proud to have created this "lighthouse project" for the Baltic countries.  It's worth it to stay on the ball till the end. In the process, the biggest challenges for us were of a technical nature. For example, temperatures of -25° C were not uncommon in the...